About the author : Achyut Gokhale 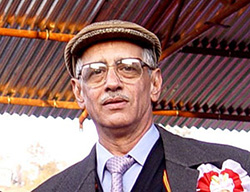 A Indian Administrative Officer, Achyut Gokhale served for 21 years in Nagaland and 12 in the central secretariat in various capacities retiring as Secretary, ministry of Renewable and New Energy Sources in 2006 and Now settled in Pune. Before entering IAS in 1973, Shri Gokhale served 7 years as a short service commissioned officer in the Indian Navy and was a participant on a missile boat "INS VINASH" in the attack on Karachi Harbor in December 1971. He is a recepient of gallantry award called "Mentioned in Despatches", for participation in the Karachi attack.

For his work on establishing “Village Development Boards” in Nagaland, he was awarded the Padma Shri in 1990. Later, he established a project on Agroforestry based on peoples ageold knowledge of trees, known as “Nagaland Environment Protection and Economic Development (NEPED)” in 1994, a project which continues todate i.e. nearly 19 years. This was Government of Nagalands first foreign funded project, also perhaps the first in the northeast region, this being funded by the Canadian International Development Agency. He is presently associated in that project as member of the Steering Committee.