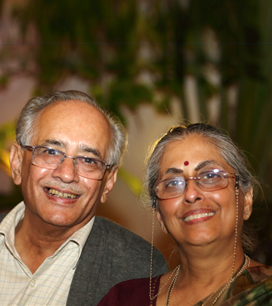 The website enables access to an underlying database which has more than 6000 records, one for a species, and data on each species is entered in appropriate columns with headings each of which describes a particular attribute from among more than 200 attributes. The data base contains data taken from the undermentioned classics among regional flora of the world –

Presently data on species described by Cooke etc is being studied for insertion into the underlying data base mentioned above.
The user of the site can use the facilities of this website to obtain valuable comparisons of families, genera and species. And of course the user can use it as a reverse dictionary in the sense that from a description of an observed plant, the user can go fairly quickly close to the scientific names of the plant under observation.

Some monocot genera such as SMILAX, DIOSCOREA, and gymnosperm genera such as GNETUM, GINKGO, TAXUS AND CEPHALOTAXUS, have been included in the database because they have laminas of leaves fairly resembling dicot leaves, either in venation or lamina shape, or fruit form as in taxus. I now propose to go on adding monocot genera like the ARACEAE, SOME OF THE LILIACEAE, AND AMARYLLIDACEAE. For the time being orchids and grasses will be left out. Perhaps these require their own data bases with suitable structures and terminologies.